Things To Do In Portland: Cycling The Eastside 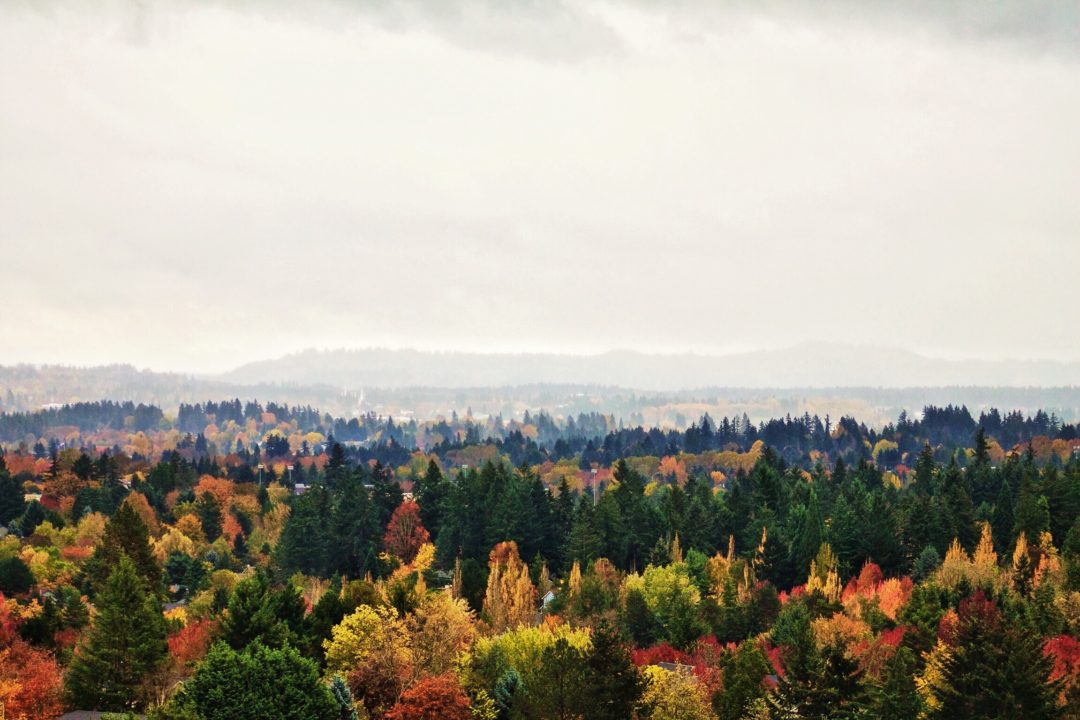 The cool crisp morning air filled my lungs as I prepared to go cycling with friends. It was late Autumn and there was still a little color left in the leaves. I could smell rain from the night before, but thankfully it was it staved off for a bit.

I didn’t own a sufficient rain jacket, and didn’t bring enough layers for the ride but I knew I’d warm up after a couple miles. This lack of winterized-cycling-garb never stopped me before. Click for some tips on how to dress in layers

I never considered myself one who looks the part of a cyclist. I’m a big guy weighing in at 220, broad shoulders and relatively tall. I’ve become comfortable standing out on the trail.

This bike ride was long overdue. A few friends and I gathered in the shadow of the Sellwood Bridge. It was the inaugural ride of what became a regular occurrence. 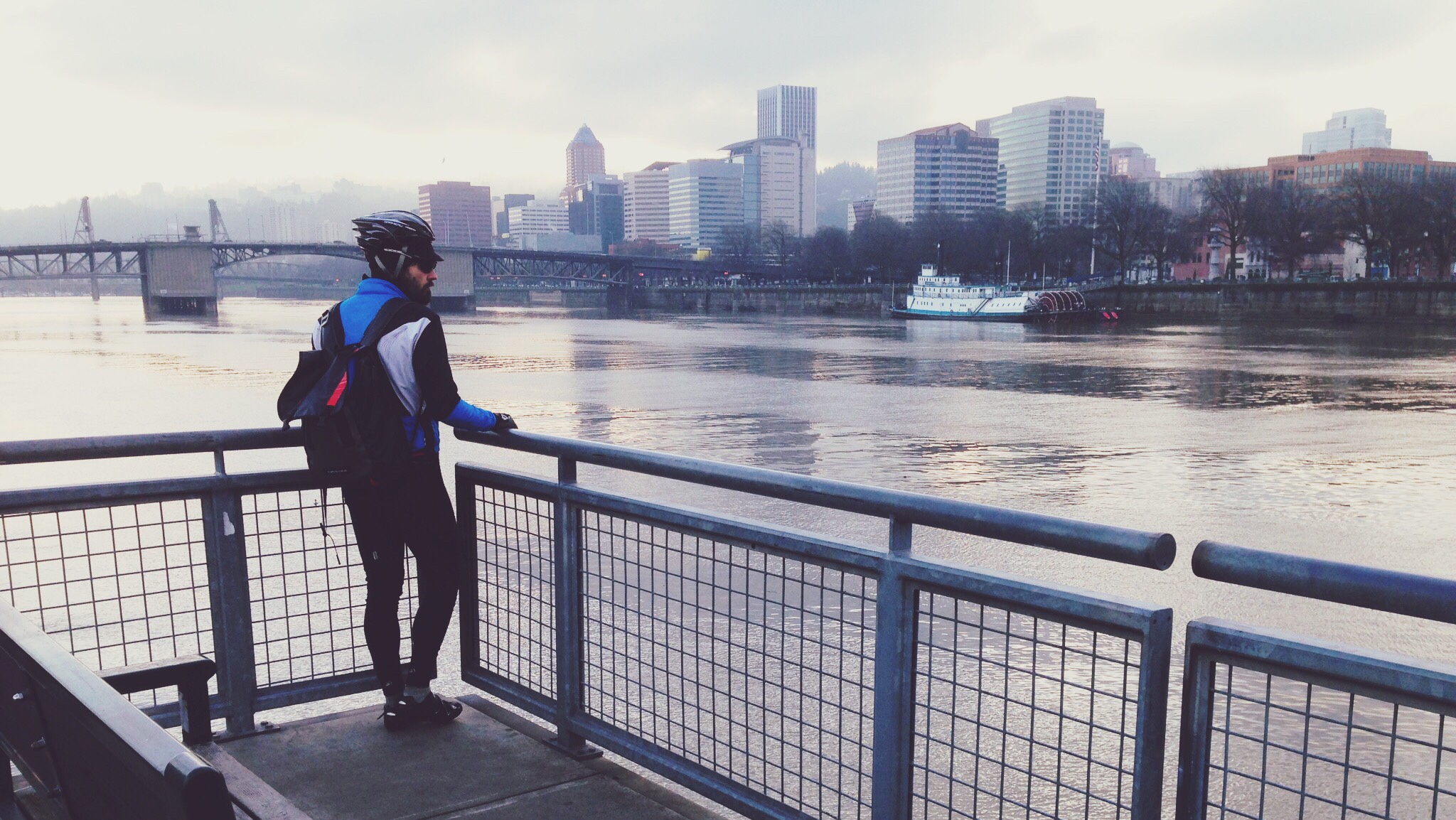 Looking across the Willamette River toward Portland.

Since this was our first ride together we played a majority of it by ear. We didn’t have a mileage goal and no one really knew where each other was at regarding pace and cadence. We were there to have fun.

Our starting point sat on the Eastern shore of the Willamette River at Sellwood Riverfront Park. It’s the perfect launching point for any cycling in Portland. No matter the season, there are plenty of options when starting out at Sellwood.

Cycling West across the Sellwood Bridge lets you ride south into Lake Oswego and even further into Tigard.

Heading North you can take a trail along the East bank of the river which leads past Oaks Amusement Park, OMSI, and onward to a local architectural landmark, the Tilikum Crossing Bridge. You can West across the bridge into Downtown Portland, or keep heading North on the Eastside of the river toward North Portland.

If you stay on the Eastside, you can take the Eastbank Esplanade all the way north to the Steel bridge. Cycling farther up this route leads up a number of switchbacks, to Wheeler then Williams. You eventually find yourself heading in the achievable direction of  St. John’s and Cathedral Park.

Our route for the day would lead us to the gothic towers of the St. Johns Bridge.

*note: just east of the Steel Bridge is BiketownPDX where you can rent bikes from $2.50 a trip to $12 a month.

I’ve been an Eastside rider for the majority of my time in Portland. It seems to be more accessible. In my opinion, it has better bike-parking, better cafes, restaurants, and even bars for foodies and beer lovers alike. Let’s be real who doesn’t love good beers and/or great food? Both are a perfect counterpart to a long bike ride.

*note: A runner up to cycling the Eastside would be cycling the farm country out near Scholls between Roy Rogers and Farmington.

A Trail That Floats On The River

After we setup our bikes and prepared our bags, we clipped in and set off from Sellwood, staying on the Eastside of the river. We approached the east corridor from Oaks Bottom Wildlife Refuge and headed to the Hawthorne Bridge. There weren’t many pedestrians on the trail, which gave us free reign to move at our own pace. At one point my rear wheel caliper began to seize. We stopped so I could make an adjustment. After a quick fix, we were back on the trail.

We rode past the Vera Katz Statue, down the gangplanks and onto the floating trail of the Eastbank Esplanade. The esplanade was championed by Katz when she was Mayor of Portland.

We rode on to the Steel Bridge (it’s over one hundred years old). We rode the switchbacks up to Wheeler, past the Moda Center, and headed North on Washington.

*note:  if you ride on the cracks on the gangplanks you won’t make a sound headed up or down 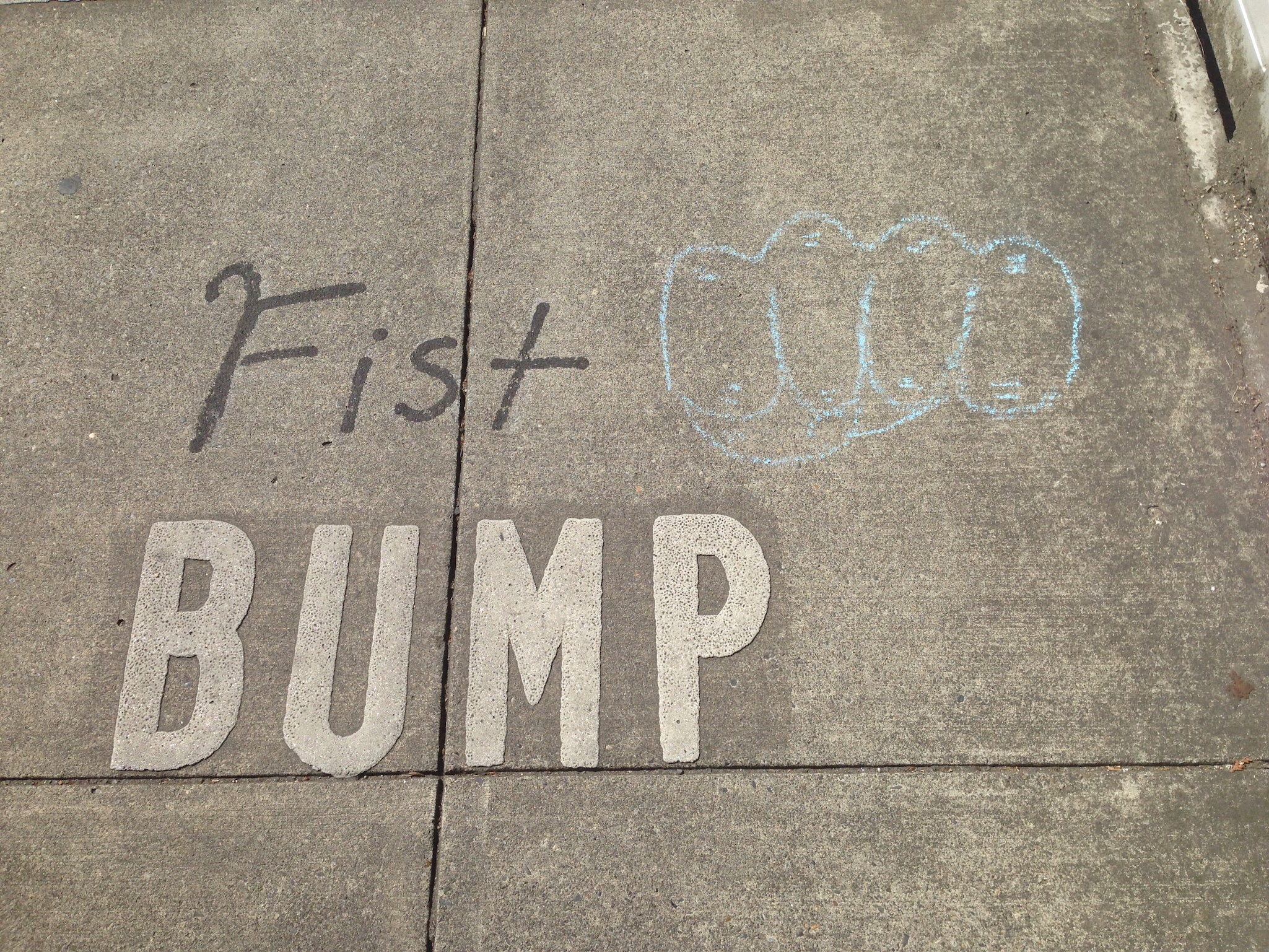 Some light hearted graffiti along the way.

One thing I love about this part of town is that everyone is out walking around. Between Belmont, Division, and Hawthorne the sidewalks are occupied and these streets are filled with cyclists more than any other neighborhood  of the Eastside. I would speculate even more than any other district of Portland. It’s exactly where you want to be if you are a person like myself who appreciates being amongst people.

The last direction many choose to take is east. By taking Spokane street up and over 17th on down to 19th. By taking a right there you’ll find yourself meeting up with The Springwater Corridor.

Although it’s a little rough around the edges,  The Springwater Corridor a favorite for both locals and tourists alike. This paved trail gives the Cyclist a tour through industrial areas, deep forests, and isolated suburbs of Portland. The section of trail from Johnson Creek to Boring spans roughly 20 miles. With only minor and intermittent inclines, it supplies any rider with an easy 40 mile ride.

There are a number of places to stop along the way and take in the sights. One noted spot is Cartlandia, which is home to over 30 food carts including Voo Doo Donuts. While having some opportunities for the leisurely cyclist, this trail is certainly primed toward those looking to get some miles in without many cars or distractions. 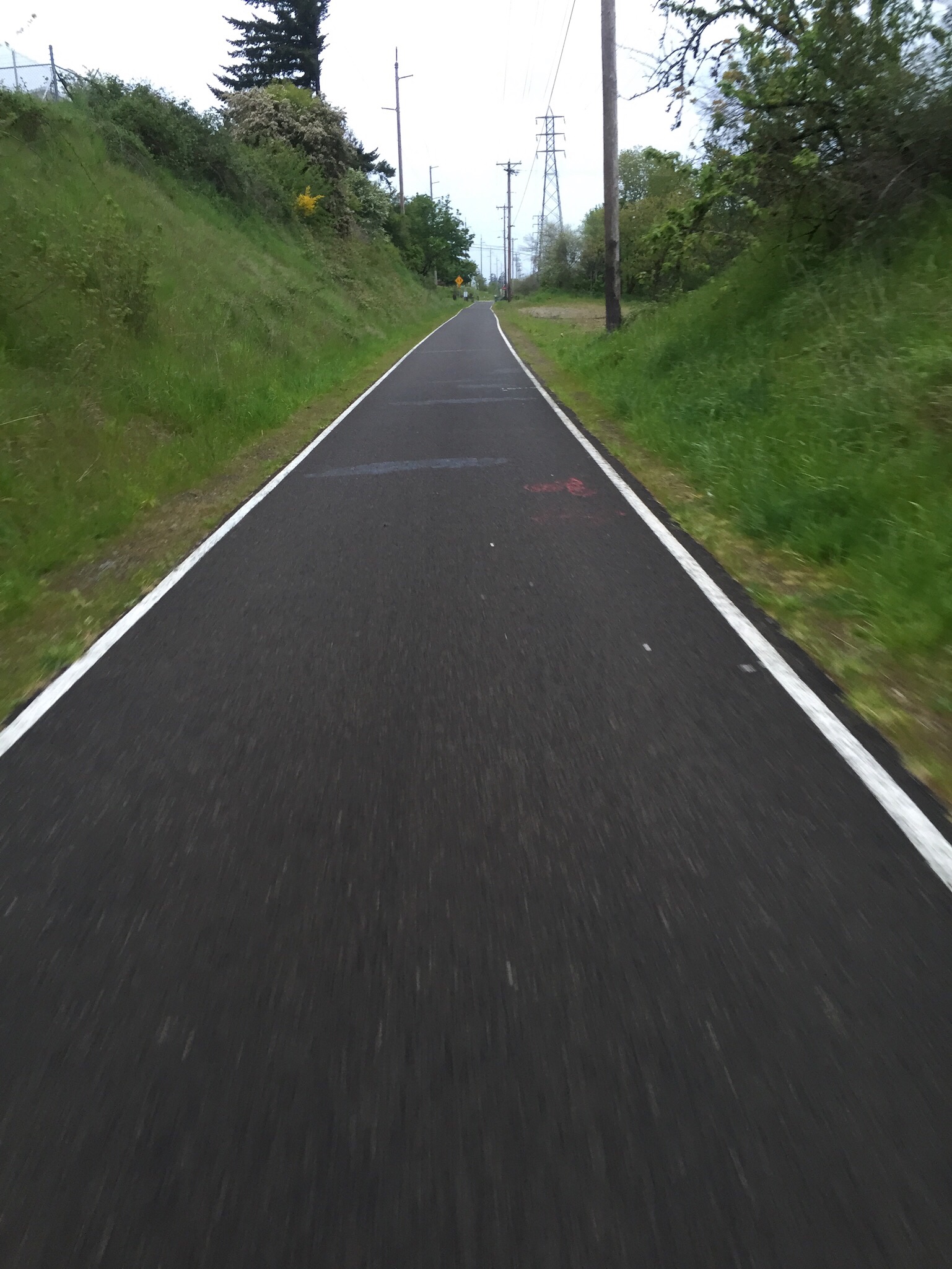 *note: Parents! There’s plenty of space for taking your kids whether it’s with the two seated baby carrier or the ride-alongs. This ride is great for two or more people giving you the advantage of bonding with friends or family.

Food Is Amazing When You’re Hungry

If you’re like me, once you’ve completed a ride, you want to head straight to food. There are two Mexican taquerias I recommend in the area.  The first one is along Hawthorne and is called Cha!Cha!Cha! The other one is called Por Que No? While the lines may be longer, it remains a gem that rivals its counter part. Delicious food, outdoor seating, and great service all while enjoying the urban scene.

We rode through the bustle of North Portland, reaching out far beyond Alberta, through neighborhoods where the one ways incorporate traffic reducing medians that only permit cycling traffic. The streets here were quiet.  We eventuallystopped to replenish our supplies at a Plaid Pantry then continued on our way. We rounded the slow turn on the  Willamette turning ride continuing north again past the University of Portland. St. John’s was ahead. 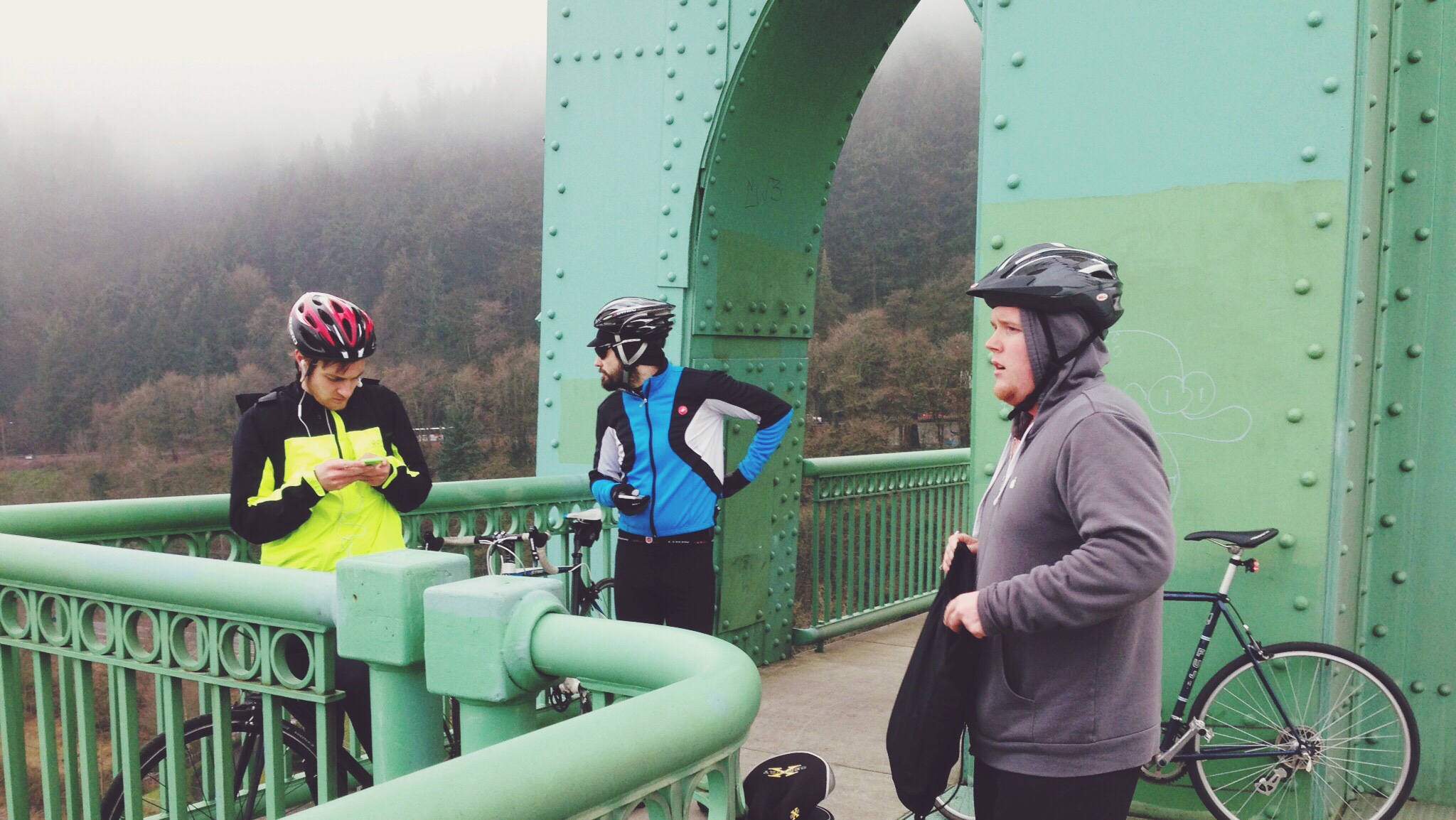 St. John’s is a little known secret of Portland. The summer months draw folks in while the Winter makes this district a sleepy rendezvous. The St. Johns Farmers Market is a favorite weekend destination in the summer, along with Cathedral Park which sits under the Gothic Towers of St. Johns Bridge.  It’s a beautiful place to sit a sketch, meet a friend for coffee, or stroll in the rain. Everything here feels like Portland, with a bit less bustle. 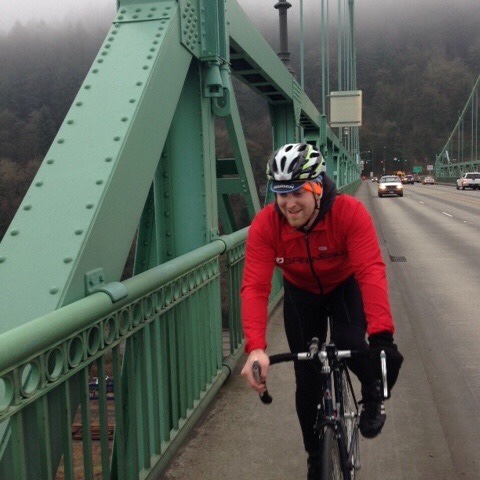 A shot of me on the deck of St. Johns Bridge.

As we crossed the deck of the bridge, the fog brought texture to the forest. The tall green spires of the bridge towered above us. There were only a few cars at a time on the bridge. We stuck to the right side of the bridge and rode up to the first transition. Here you can barely ride so we simply walked our bikes around the spires then hopped back on to continue.

We crossed over to the south side and took in the beauty that was all around us. Typically Portland is visible from here, but on not on this day. A thick layer of fog prevented such a view. It was a beautiful reward for the ride. Sometimes it is about the journey and sometimes it’s also about the destination. Each at times have their merits. 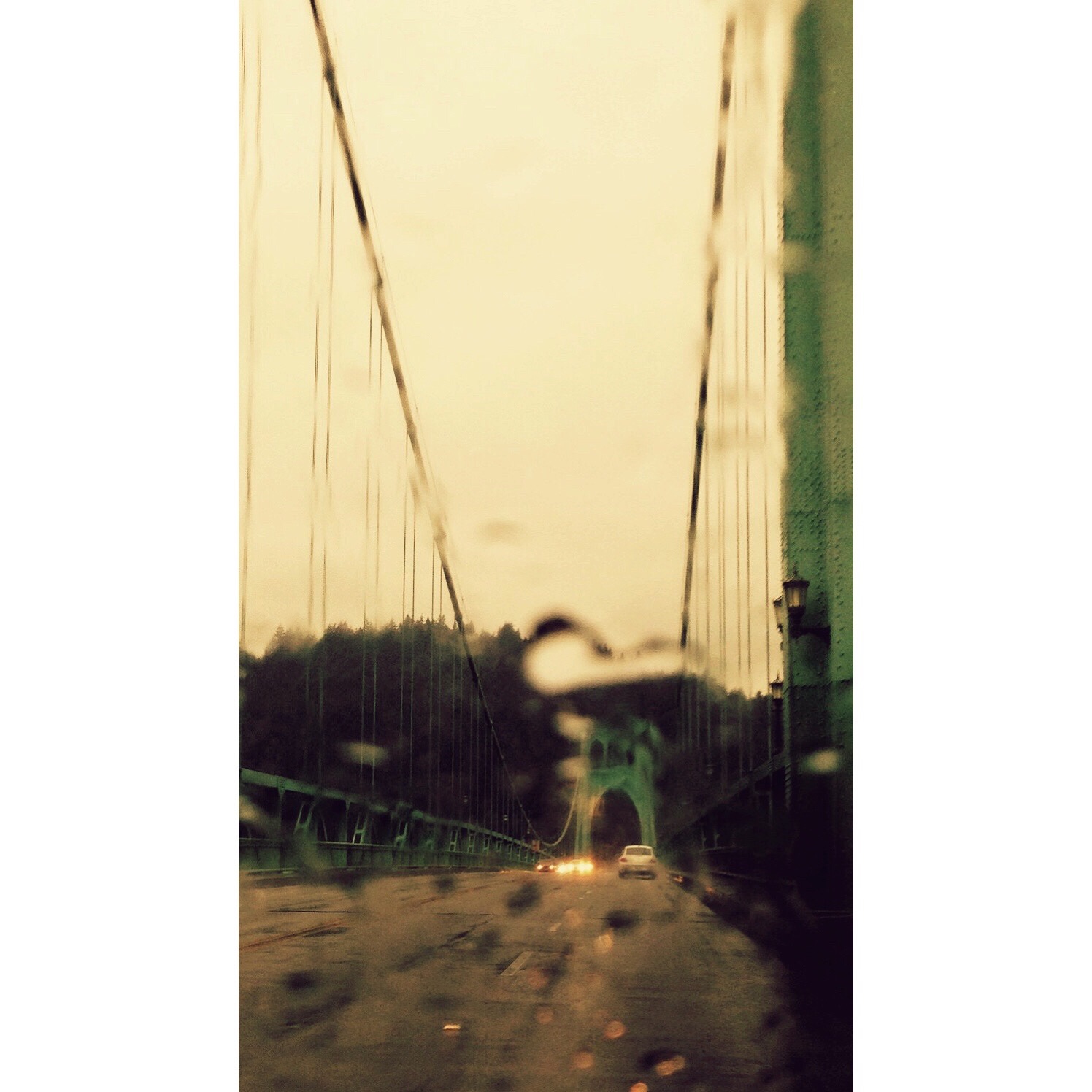 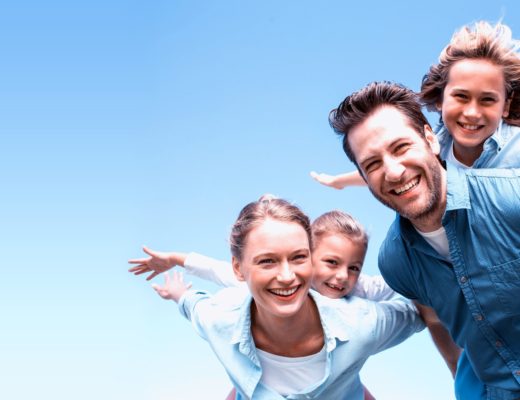 Top 10 Free Things to Do in Portland

Things To Do In Portland-Breakfast and brunch 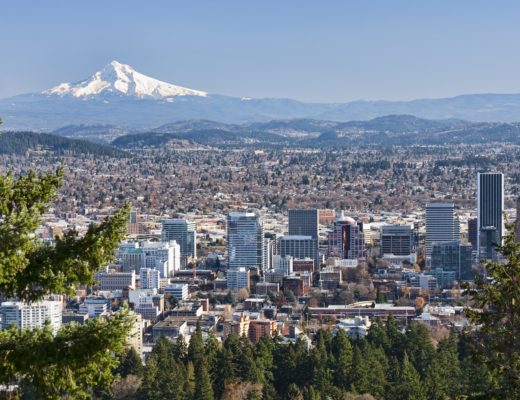 8 Fun Things To Do In Portland

If you are looking for some family-friendly things

A great place in the Spokane valley to catch your